Hi guys! In case you missed it, Parker (my boyfriend) moved in with me last month! At this point, he’s all settled in, but now that my spare bedroom is our office/gym/guest bedroom, we still have lots to do on that room.

I wanted to do a blog post about moving in with your boyfriend because honestly there aren’t a lot of resources out there when I was looking for tips and guidance before he moved in. For example, places like Buzzfeed and Cosmo have articles with tips to consider before moving in with your boyfriend, but their tips were all pretty straight-forward (ie. discuss finances, get ready to lose your independence, remember to schedule date nights). On the other hand, one of my favorite bloggers, The Skinny Confidential, wrote a post & did a video about moving in with her now-husband Michael, but she didn’t move in with him until after they got engaged.

Around 4 years ago I read a book called The Defining Decade and the author talks about how you shouldn’t move in with your s/o before engagement. When I read that part of the book, I called my mom crying (lol) because I always thought that I would want to move in with my (future) boyfriend pre-engagement to test out the waters. It scared me to read that what I wanted wasn’t typically recommended as the best option, but it also goes to show that this theory doesn’t apply to every relationship. In my opinion, do what feels right for your relationship and your partner.

SO, I hope this post is helpful to those of you looking for more relatable advice before an engagement happens lol. 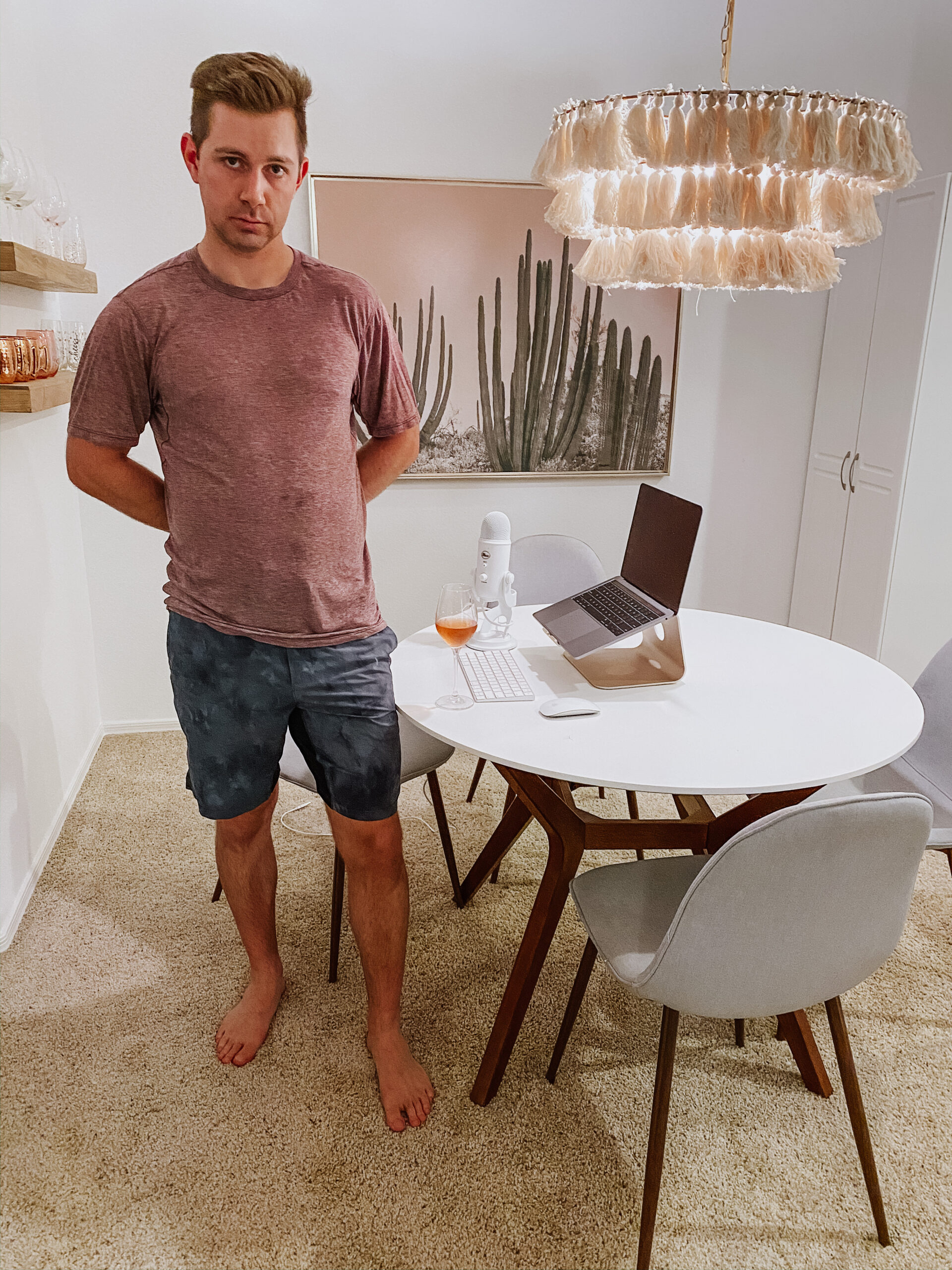 A bit about me and Parker’s timeline…

I know that sounds SO EARLY (and it is!!!). Never in a million years did I ever think I would move in with a boy so quickly.

However, I had just bought my condo in January and Parker moved into an apartment the same day I closed on the house haha. About a month later, my roommate told me she was thinking about moving back home to Washington after her lease would be up on July 1st. Even though July 1st seemed like a long way away, it just made sense for me to tell Parker in February that I would either be looking for a new roommate come July 1, and that he would be welcome to move in with me if we were both ready and if he wanted to (which is what I wanted to happen haha).

Since we started dating in October, we have basically have spent every weekend together (most of the time with Parker spending the night at my place) since October 1st lol. During quarantine, my roommate went home to Washington, so Parker and I got to spend more 1-on-1 time together at home.

Tips for bringing up the “moving in together” subject:

ANYWAYS, one month in and all is going well!

Friends and family keep asking me how it’s going with the move-in and I honestly don’t have that much to update them on. The transition has been pretty seamless, and Parker can still go into his office each day so we’re not in each other’s hair all day during quarantine.

Things I have learned since moving in together about Parker:

I’ll continue to update you guys as we navigate living together! If there is anything you wish I had answered in this post or that you’d like to see in a future one, feel free to comment on this blog post.

We use cookies to ensure that we give you the best experience on our website. If you continue to use this site we will assume that you are happy with it.OkPrivacy policy