As some of you may know, I bought a condo in January! The condo is in really great shape, but one of the projects I wanted to tackle early on was the downstairs master bath. It is super roomy (pic below from when the house was first listed) but everything was out-dated and it only had one sink. It was my goal to finish a low-cost owner’s suite bathroom update by the end of quarantine!

I knew I wanted to replace the entire vanity and add a second sink – but that got a little complicated because that meant plumbing had to be done to add secondary drainage & piping on that wall for the second sink AND I would have to add electrical for a second light.

I purchased the vanity and faucets in February because my parents were supposed to fly out in March to help me install it, but of course COVID-19 happened and they had to cancel their flights. This meant that this vanity was sitting in my garage/living room for 7 weeks until I could get someone to install it! The day it was actually installed was SUCH a relief.

It was also such a pain ordering a second mirror. I ordered the same one I already had, but Wayfair actually ended up cancelling my order! Thankfully I had ordered and used the same black mirror in the upstairs bathroom, so I just moved that one downstairs and will have to get a new one upstairs. 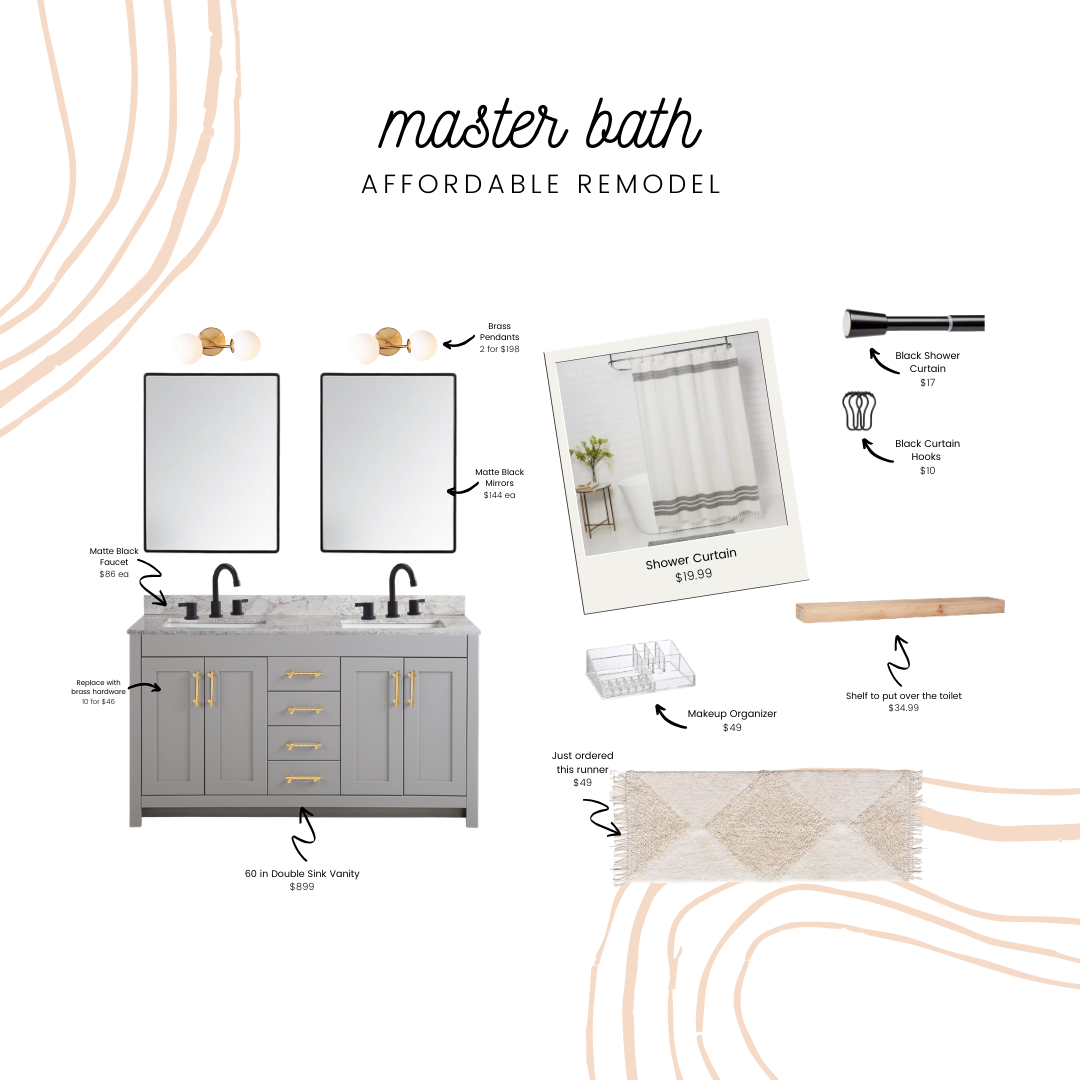 I was really lucky because I actually found a guy who lives IN my condo community who works for a kitchen/bath remodel company who is also an independent contractor so it was very convenient and super affordable to get the vanity installed and the plumbing/electricity handled for the second sink and light.

Not bad for this before & after!! It was also nice that I could space out the expenses over two months due to quarantine lol. I plan to re-do the floors at some point too, but didn’t want to tackle that in the middle of a world pandemic (and that would also probably double my cost). 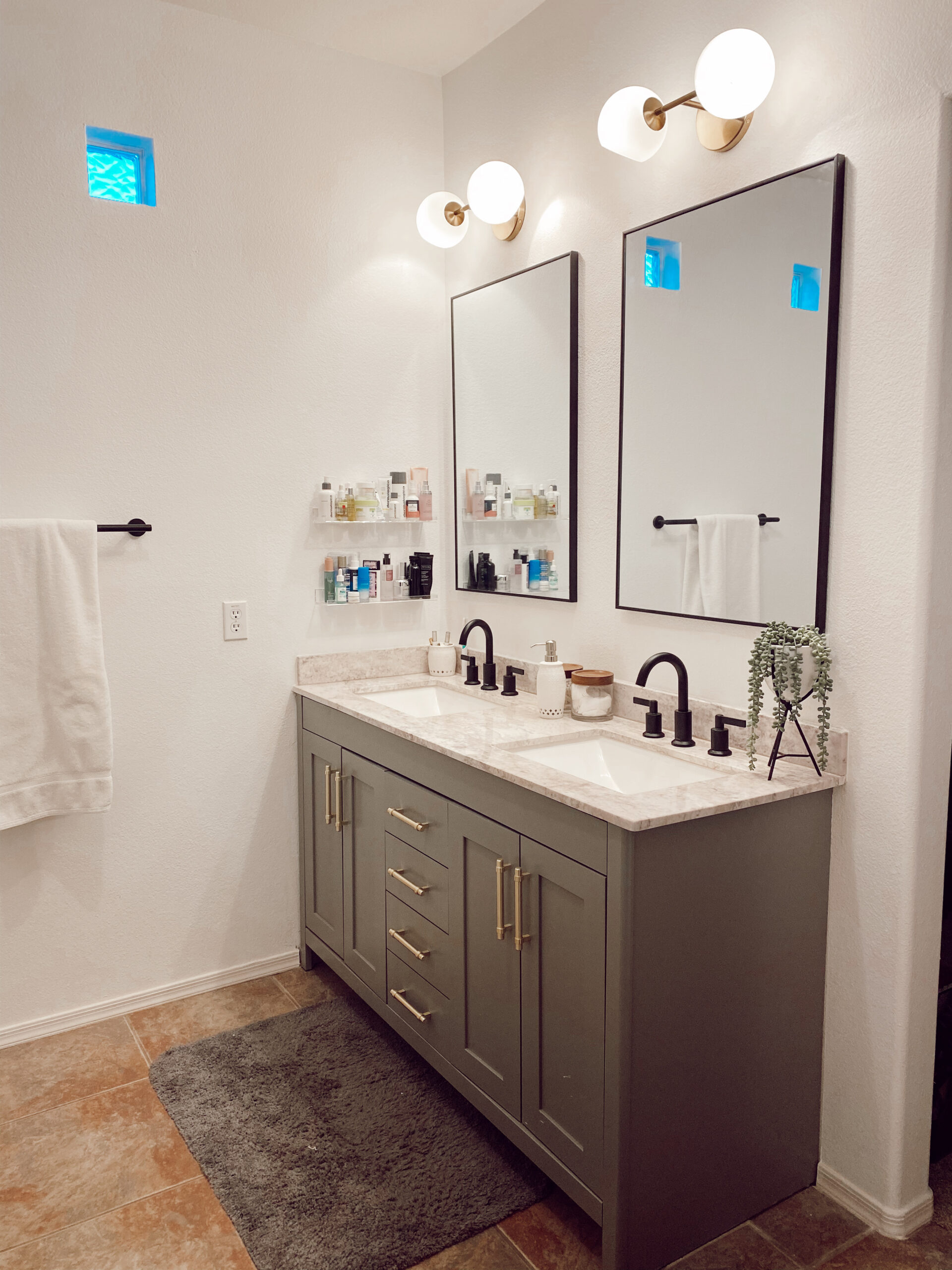 I hope you enjoyed this mini low-cost owner’s suite bathroom update! I’ll share a before & after post of my powder bath “remodel” I did as well.

This site uses Akismet to reduce spam. Learn how your comment data is processed.

We use cookies to ensure that we give you the best experience on our website. If you continue to use this site we will assume that you are happy with it.OkPrivacy policy